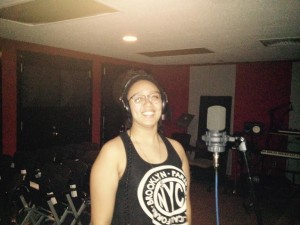 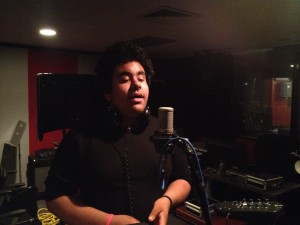 Saturdays April 2nd and April 9th marked a number of amazing firsts for the AYA Project. Across two long days, our six students each stepped into a professional recording studio for the first time, recording some of their first original songs to be contributed to the first ever AYA Project album. And while we cannot deny that the process was stressful, even exhausting at times, we also could not be more proud of what this group of incredible young people accomplished. By the end of each session, feelings of excitement and joy had overtaken any initial anxiety, as students overcame their fears, found their comfort zone, and shared their wonderful voices with the world! As one student put it:

“I didn’t expect this. Like, I didn’t expect us to be in a professional recording studio, recording our own song. You know, I never thought that I would be doing an album. And that’s so awesome.”

“Expressions,” as the album will be called, is set to be released in June and will feature six songs as diverse in style and subject matter as the students who created them. From Soul to R&B to Pop and beyond, it is a collection of beautiful music and the outcome of months of hard work by mentors, staff, and most importantly, the students themselves. In the weeks to come, we’ll be sharing details on how you can get your hands on a copy, as well as information about our album release party. Stay in touch. Peace.